The history of a company

In 1914 the engineer Franz Weit- kowitz founded an electrical installation company in Osterode in East Prussia. The few surviving documents bear witness to the versatile technical creativity of the company founder. They also already show Franz Weitkowitz's cosmopolitanism and his ambition to carry out his business activities not only in his home environment.

He developed his own patented cable lug systems and notching processes in the field of solderless connection technology, which set future-oriented standards in this area of electrical engineering. Especially in the last 20 years, these systems and processes have developed into a component that the electrical industry today can no longer do without.

After the turmoil of the last war, from which the founder of the company did not return, the company was rebuilt by his wife Gertrud Weitkowitz, first in Oberg, later in Peine, from the smallest beginnings. With the upswing of the post-war era, the Weitkowitz company gained new strength and made the brand names "Klemmfest" and "WM-Pressung" a standard term in our industry.

In 1960 the son and electrical engineer Wer- ner Weitkowitz took over the company. In 1965 the construction of a permanent company building on Woltorfer Strasse was on the agenda, followed seven years later by the first expansion, as the production plant had already become too small. What a happy coincidence, then, that soon two creative "Peiner boys" not only asked for the hands of his daughters, but also offered themselves as the ideal succession plan for the company. So it happened that a son-in-law soon became the boss's right-hand man and, after his much too early death, took over the sole management of the company.

In 1980, the decision was made to extend the building a second time, in which the office wing was enlarged by rebuilding and extension. In 1987 an extension for the electroplating and toolmaking departments followed and in 2000 the new administration and storage building was erected.

In 2010 Wilfried Grobe handed over the company to Intercable. Grobe himself remained active in the operative management until 2013 and has remained loyal to the traditional company until today as chairman of the advisory board.

The business relations between Intercable and Weitkowitz had already lasted for a long time before that, the merger enabled the company to make optimal use of synergy effects. Because while Weitkowitz is one of the leading companies in the production of cable lugs and other connections for the most different areas, Intercable is ahead in the area of tool construction. Ideal conditions therefore for a merger.

After the handover of the company to Intercable, another new building for the production started in 2013 at the Woltorfer Straße, before the construction works for a new storage area started in 2018. Thus, a modern hall with a floor space of 2000 square meters, but about 2200 square meters of interior usable space is to be built by 2019. This is because a gallery with two large offices will be integrated into the storage area. In addition, the building with a gable height of about 11.50 meters will be equipped with a modern high-bay warehouse, because the company location Peine is to be strengthened and further expanded as a logistics location also due to its optimal geographical location in order to expand the distribution of the Intercable Group in Germany.

At the end of August this company anniversary was celebrated with a festive gala evening in the blower hall in Ilsede, in the presence of the management and a delegation from Bruneck and Remscheid. The evening was hosted by Inken Wriedt, presenter of Antenne Niedersachsen, framed by the Kreismusikschule. After the speeches of Mayor Klaus Saemann, Mrs. Ulrike Brandes-Peitmann, Chairwoman of the Chamber of Industry and Commerce, and Kurt Mutschlechner in his function as partner, a delicious flying dinner was served. After the dinner the band Peppermint Petty provided lively music where the and others were able to dance until the morning hours. On Saturday, the Peine location opened its doors for employees and "Family and Friends" (see report on page 10). 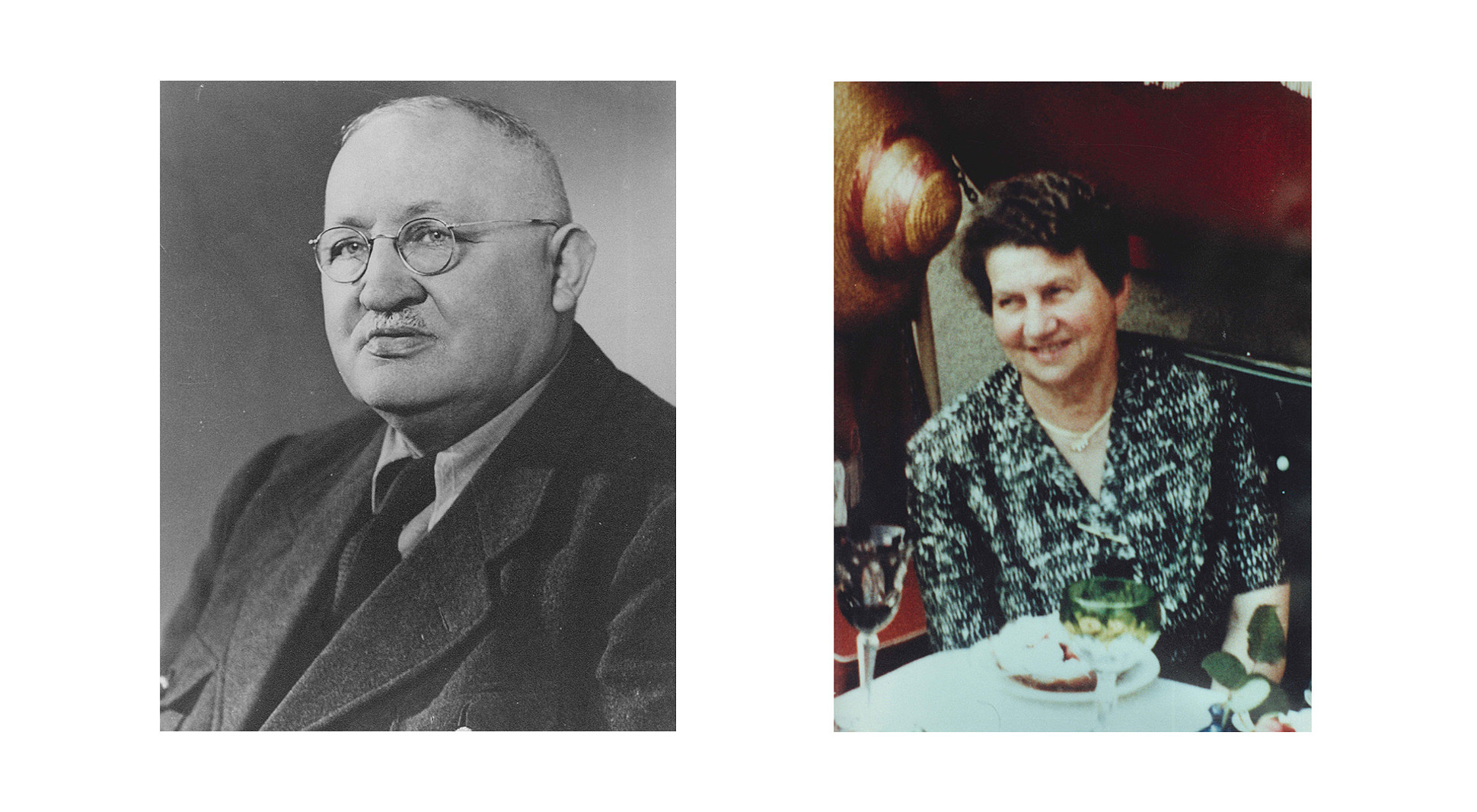 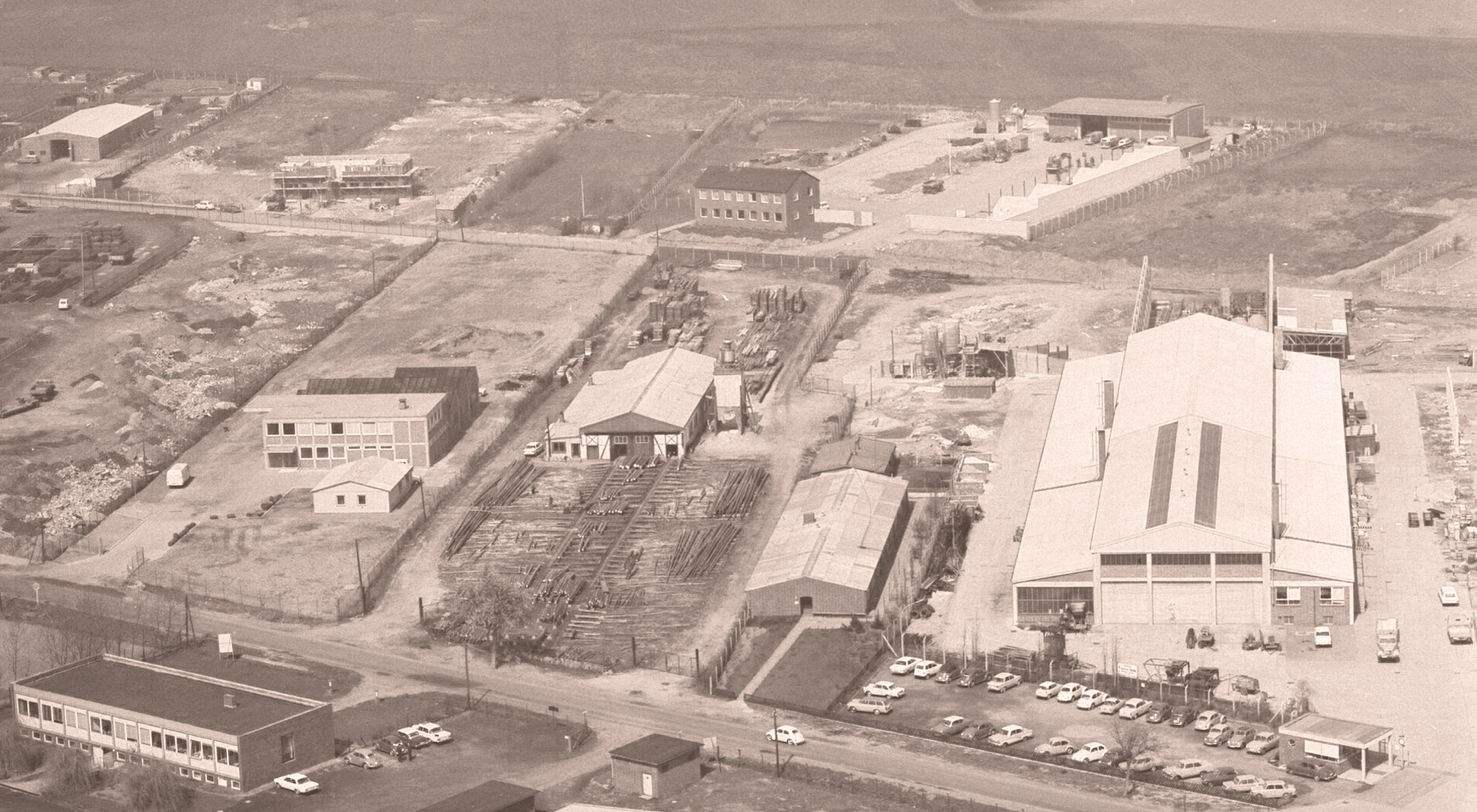 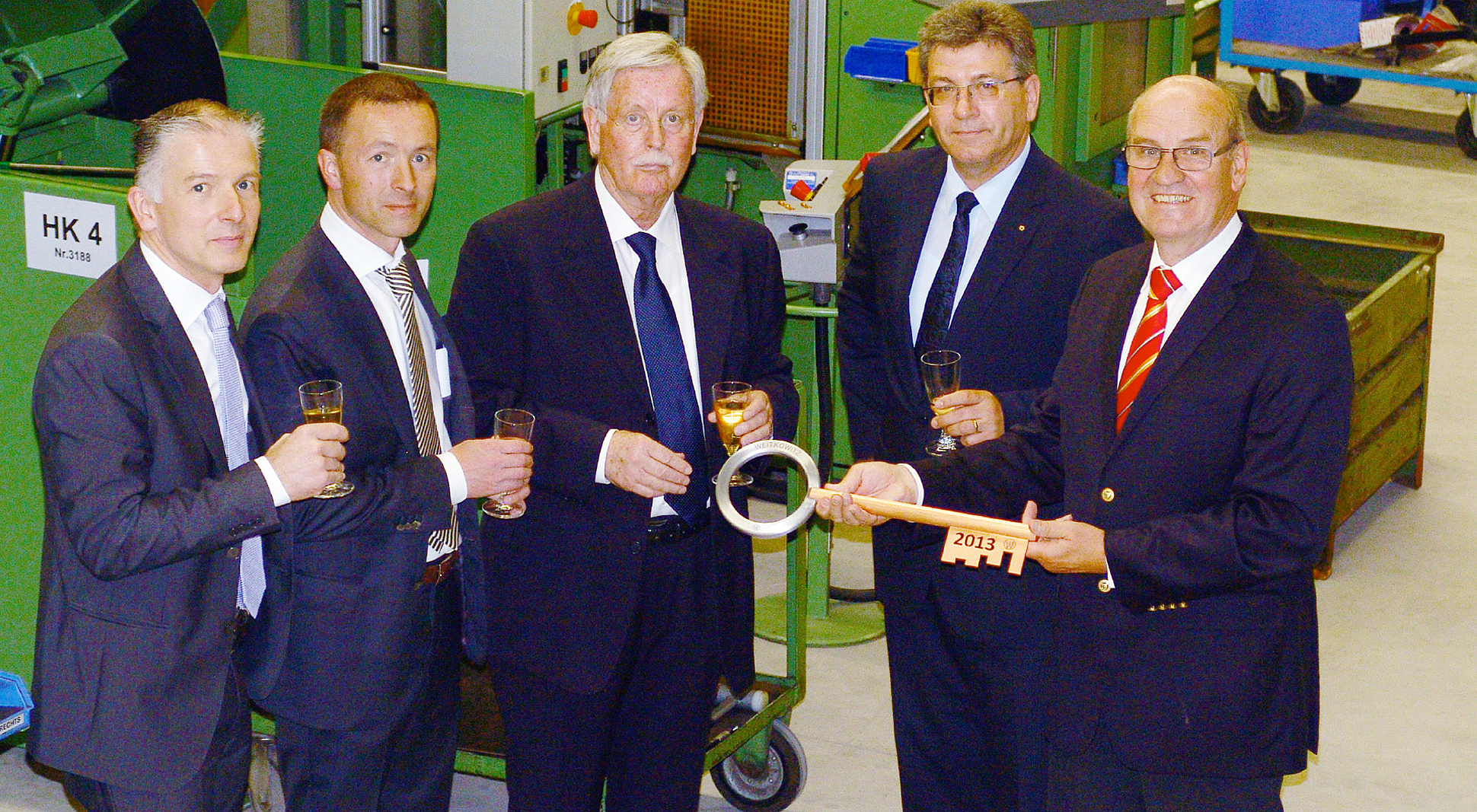 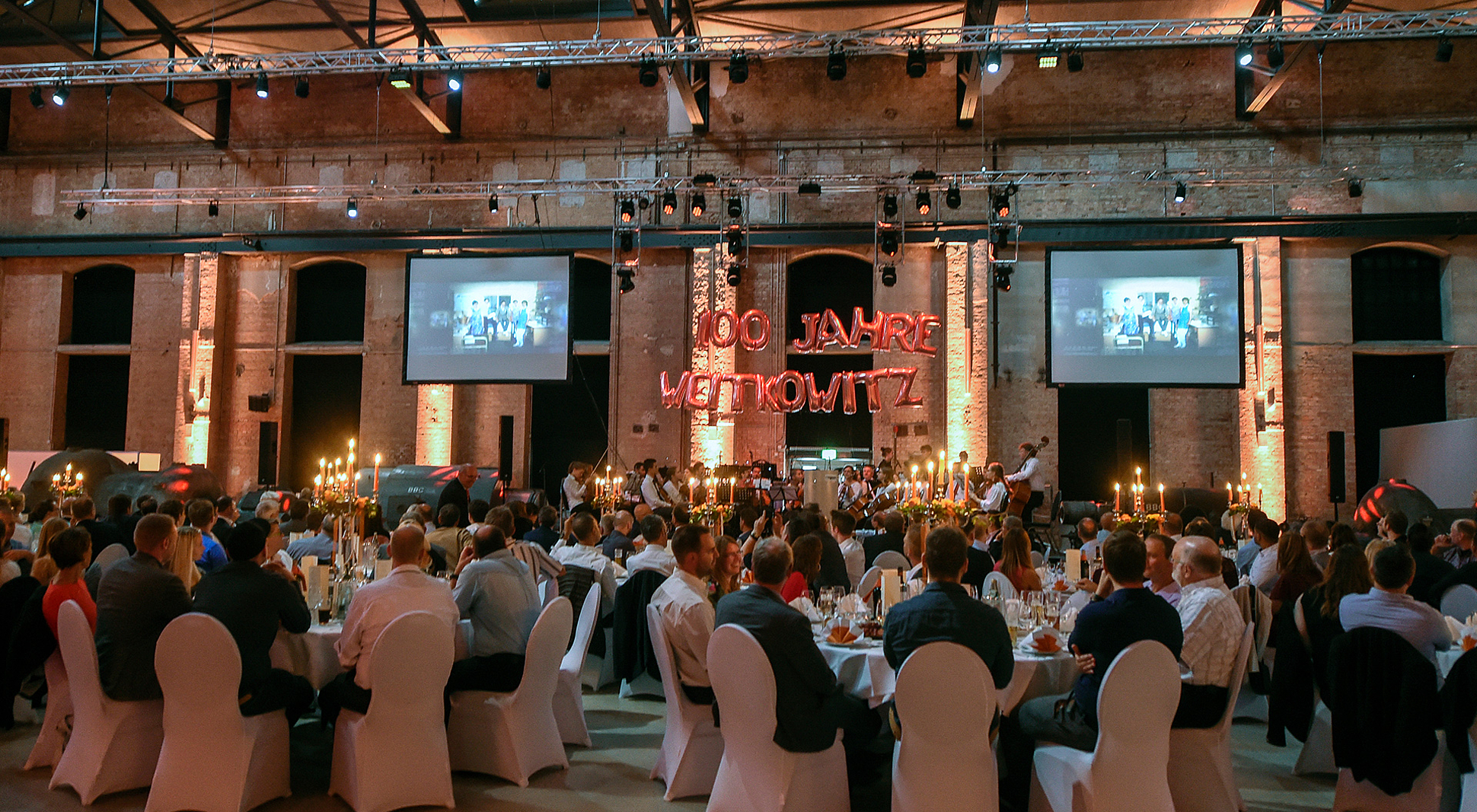 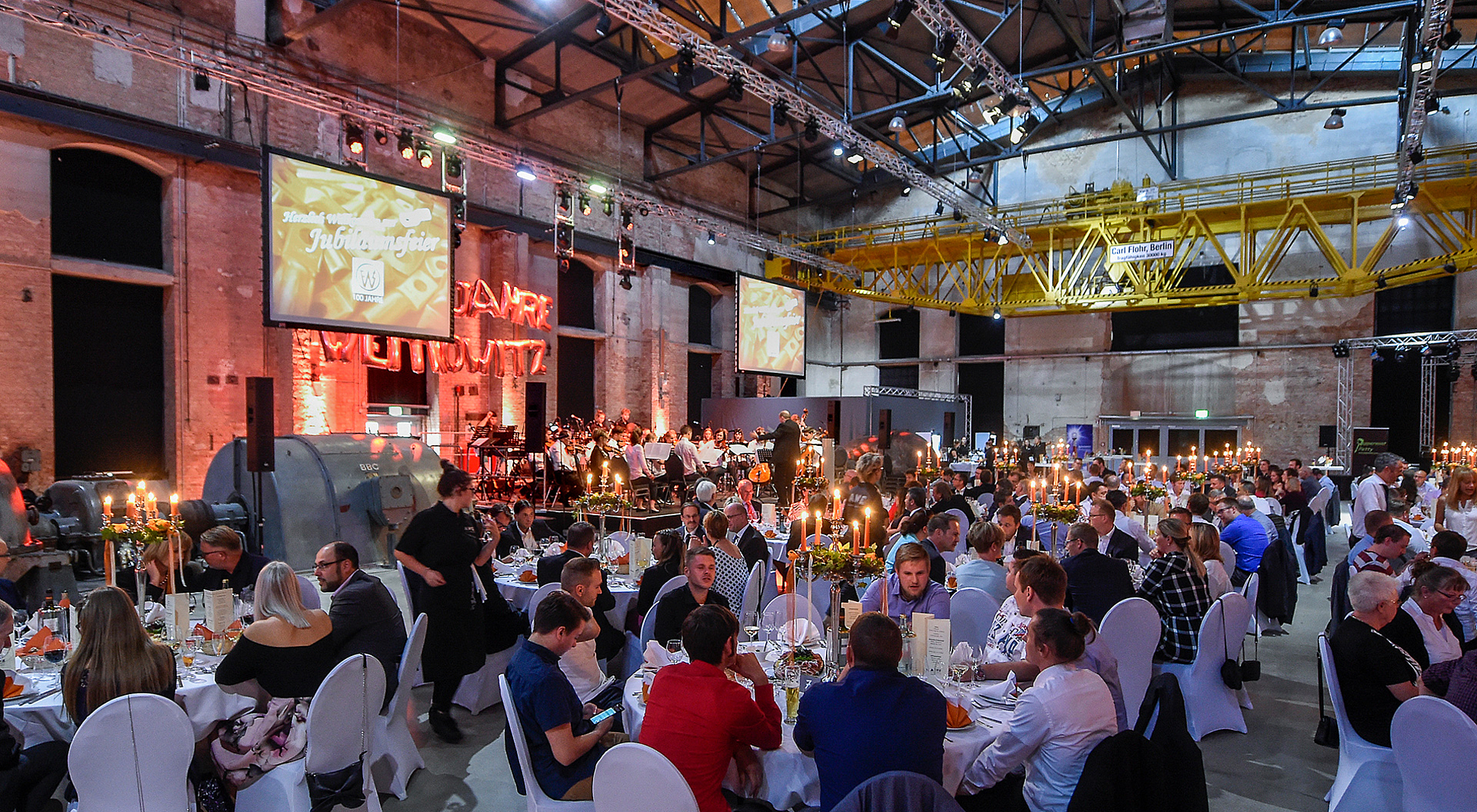 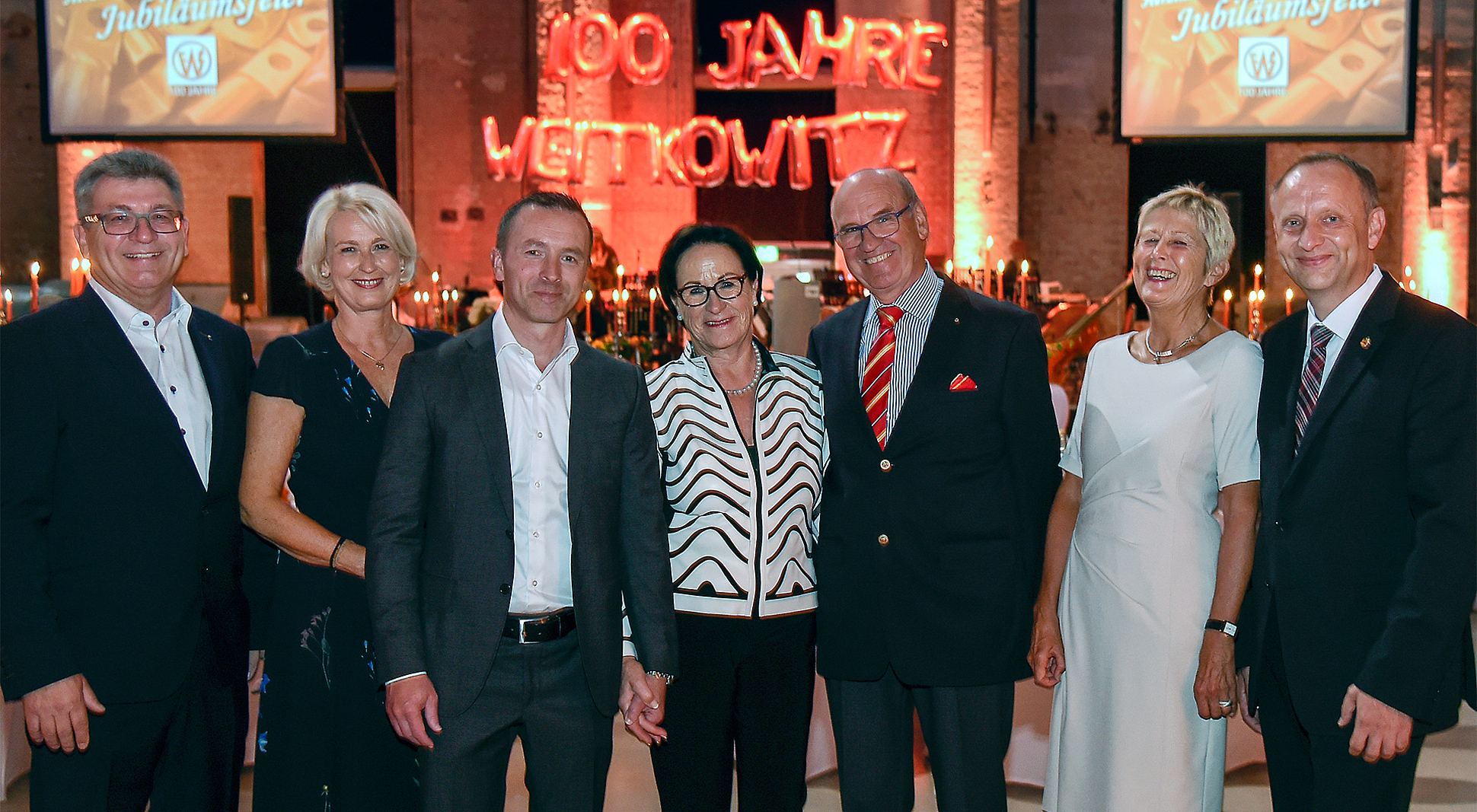 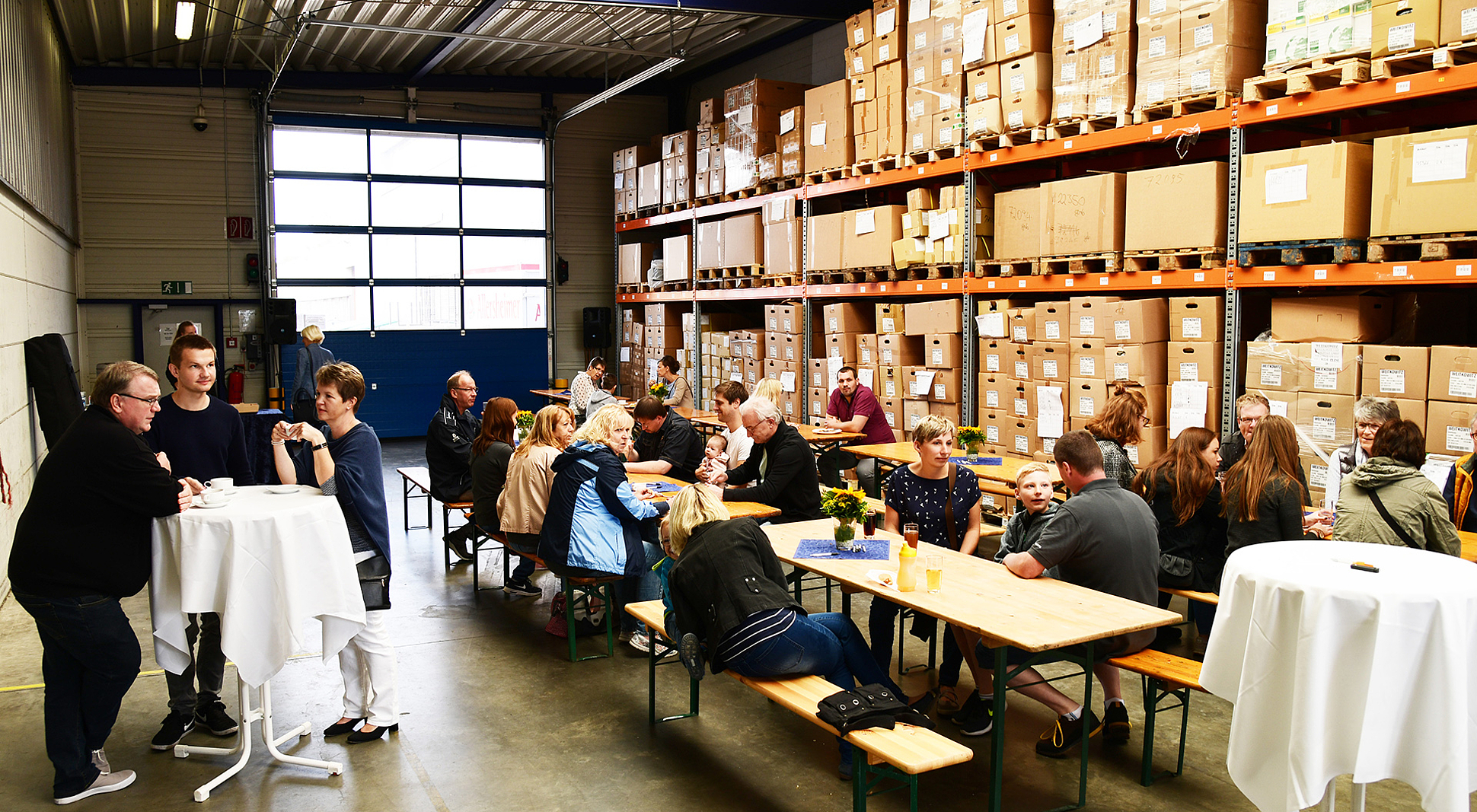 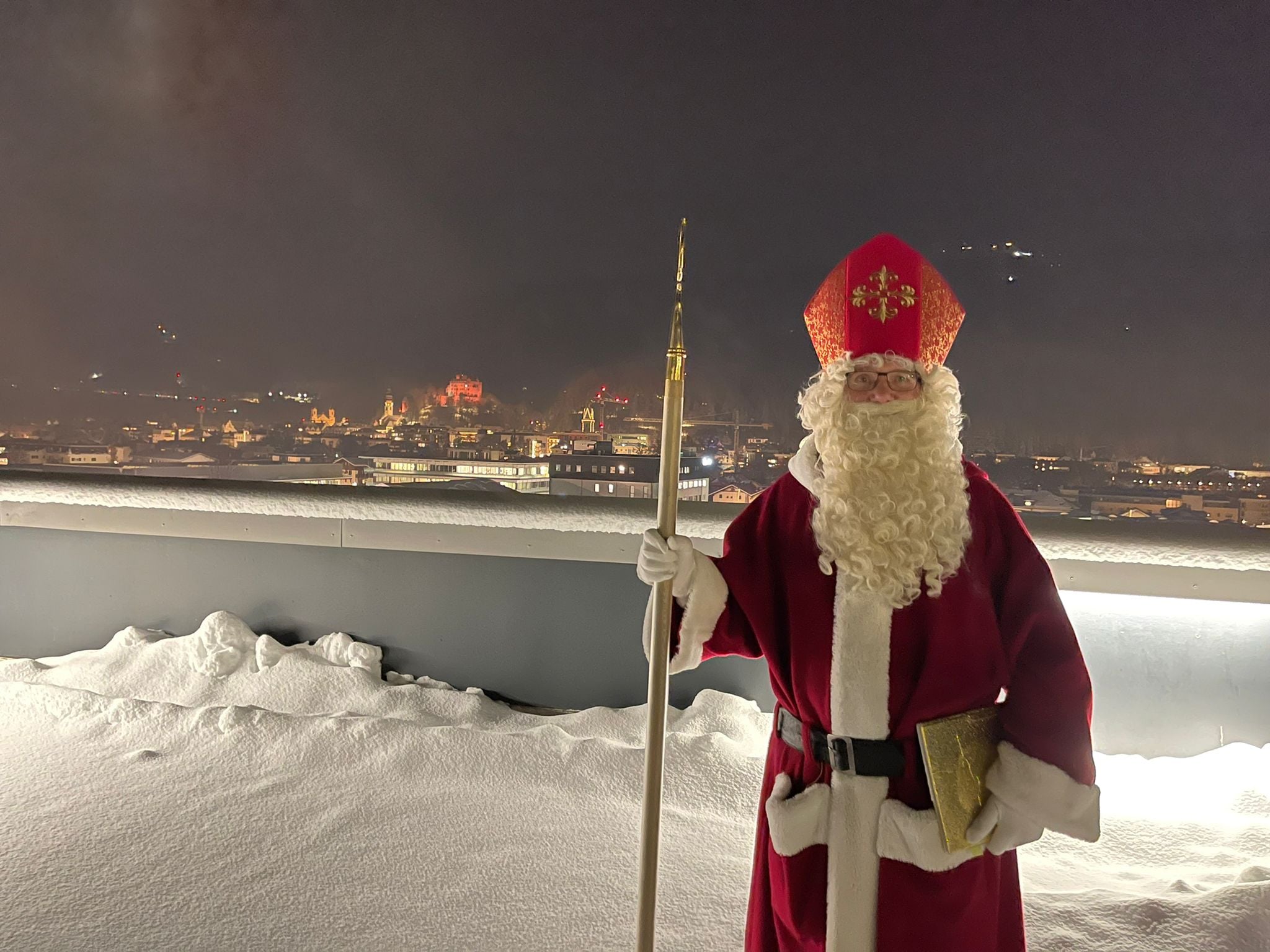 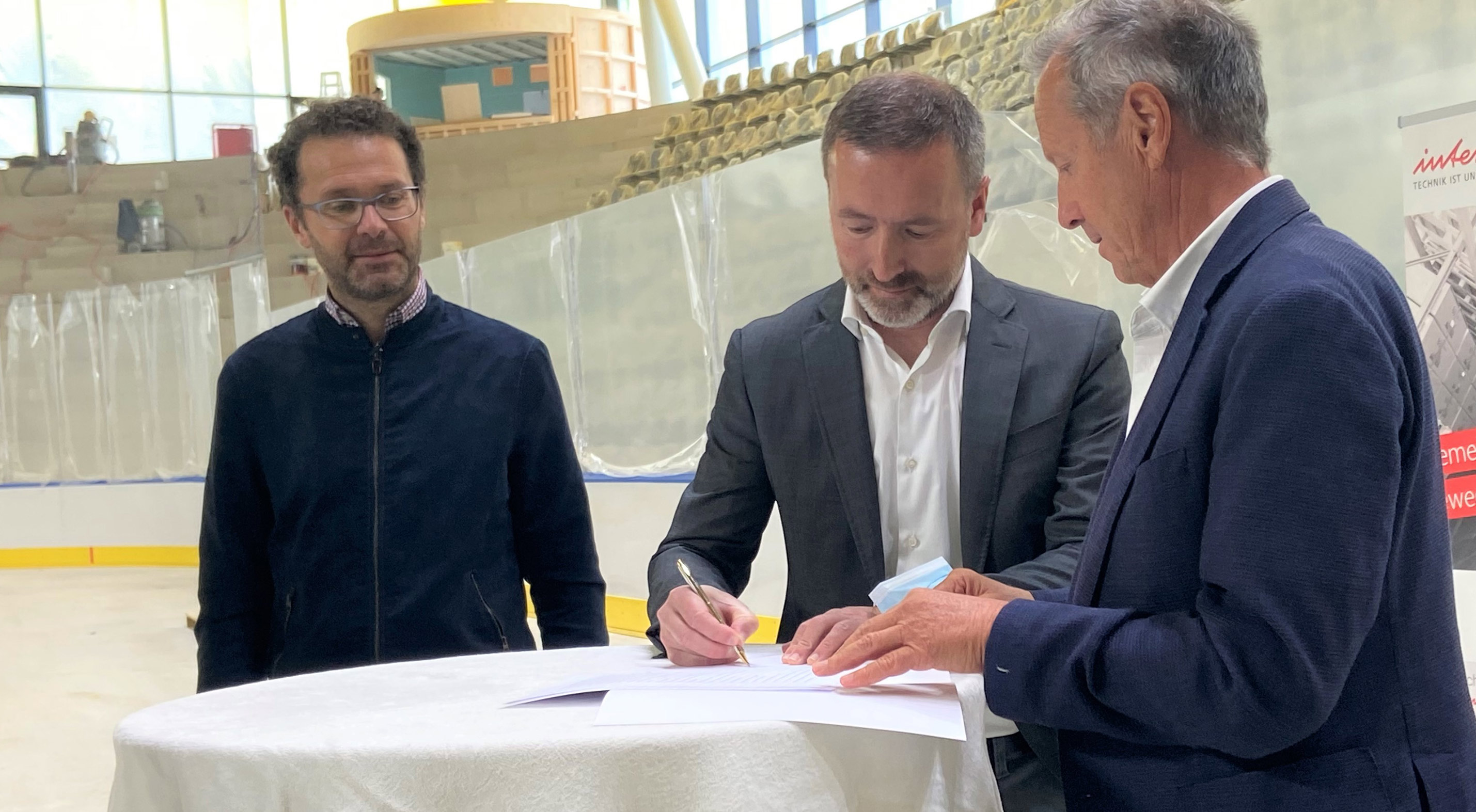 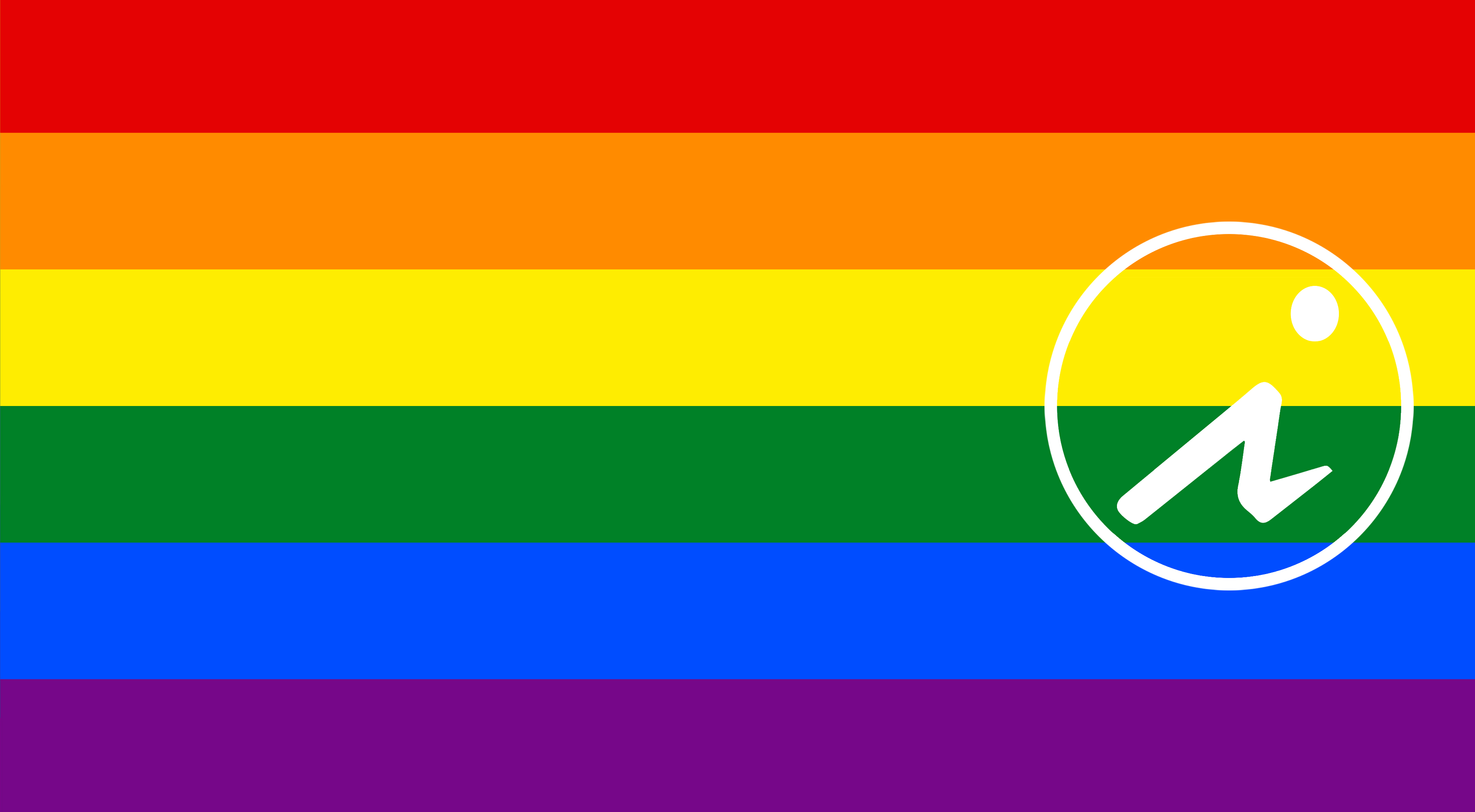 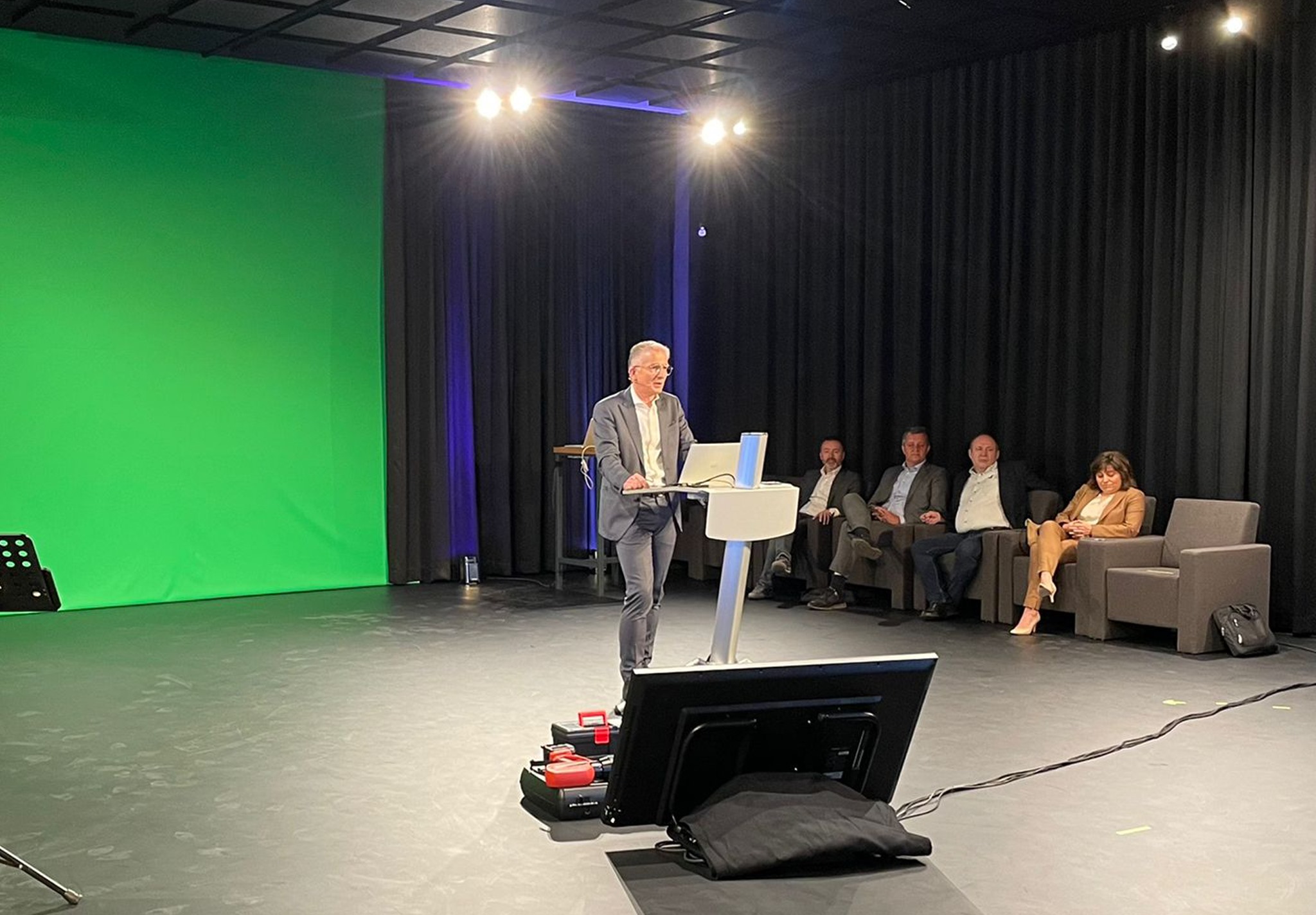